Or enter in your email address so we can contact you:

Take the time to reconnect with family members by treating them to an enchanting day out in Middlewich using Macclesfield Minibus hire. Middlewich is a traditional rural-influenced town, situated in the county of Cheshire, in the northwest of England. The town's main industry is salt on account of the many salt deposits found in the area, but it has also gained something of a reputation for making cheddar cheese over the years. Its salt industry is perhaps its most significant historic feature, and history books tell us that the Romans originally founded the city and called it Salina after the Latin word for salt. References to the town can be found in the Domesday Book.

The town's most notable landmark is the medieval St Michael and All Angels Church.

A church existed on this site as far back as the 12th century, although all that remains of the original building are two Norman pillars situated either side of the nave. During the 15th century, a number of additions were made, including the tower, the nave clerestory and the Lady Chapel.

Of course, Macclesfield Minibus hire is also ideal for attending festivals and other special events. The vehicle is supplied with a professional driver, who will take care of all the parking issues. The town's Folk and Boat Festival is the highlight of its calendar of events and draws many visitors from within and outside the area. This annual affair sees residents and visitors gather to enjoy food, music and live performances focused around the town's canal network, which was once so integral to the transportation of salt in days gone by.

While Middlewich is hardly a tourist epicentre, it is ideally situated for exploring other places of interest in Cheshire including the county’s scenic countryside, which is home to any number of stately homes and historic buildings.

Book Now Get a Free Quote 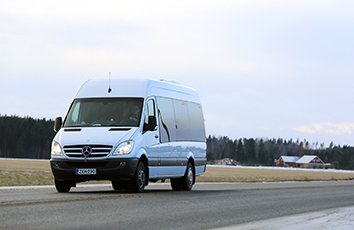